Last summer me any fellow classmates got a summer brief. We where supposed to do an art intervention. Sound easy enough, but not if you have stage fright.
I had many ideas but nothing that felt doable. Like for example, dressing up as a giant cactus and offering free hugs. Aww..
My general concern with art is mainly to make people laugh, or just show some sort of positive emotions. Please..
I love David Shrigley(please google)! I have no idea where he gets all his ideas.
But as I felt my other projects where piling up I needed an concept fast! And I got it from David Shrigley's leaf! 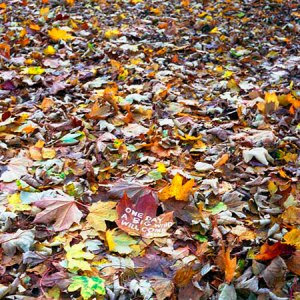 Anyway, I started writing random comments which I could apply on a leaf(or 20).
I decided to choose 3 that had linked together. LEAF - I'M NOT A LEAF - ARTPIECE
I collected leaves, dried them and used white oil paint for visibility. 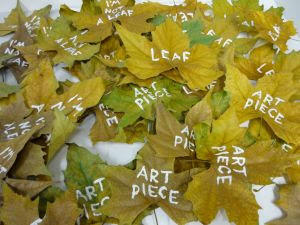 The 10th of January 2011 I went to Soho Square with my leaves well hidden in some waitrose plastic bags. It was busier than I had hoped but I started spreading them out randomly, trying to look where they might be visible.
My LEAF ones where spread with the I'M NOT A LEAF, to match the contrast all over the grass and around the paths. some people started to look strangely at me. Feeling a bit light headed, I pretended to be a tourist taking photos of the cottage located in the middle if the park. I didn't work. 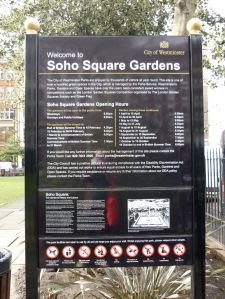 Still people where taking photos on their phone off my leaves. Light success! 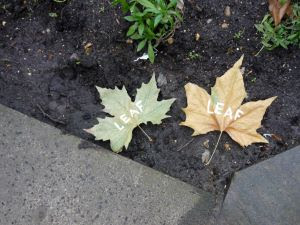 There is also a statue of Charles II of England in the middle of the park. I took my ARTPIECE leaves and spread them around and on top of the statue. This worked a lot better! The leaves where blowing around and these couple of blokes actually tried to put them back! After failing a few times, they decided to walk off with a leaf.

After this the groundskeeper started to look at me funny, especially since he was raking leaves that day. So I tried to just sit and watch reactions and photograph people.
After a few crappy photos, my nerves gave up and I retreated. 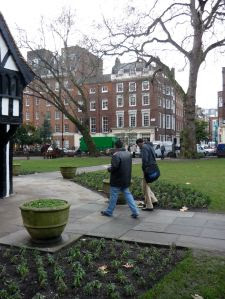 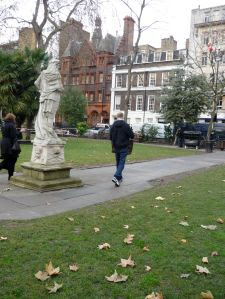 Please don't make me do this again!
Anna
Posted by Anitos.co.uk at 08:54 No comments: